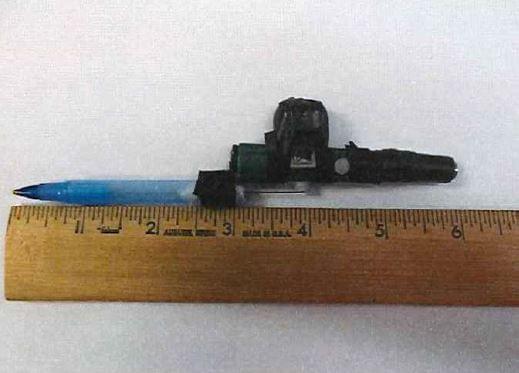 LINCOLN, Neb. (AP) — A lock-down and search at Nebraska’s largest prison has unearthed a variety of drugs, homemade weapons and other contraband.

Prison officials revealed Wednesday some of the items found during last week’s lockdown at the Nebraska State Penitentiary.

Corrections Director Scott Frakes says the search yielded the types of items he expected, but the quantity and variety of contraband shows him the effort was worth it.

Frakes says a staff member and a visitor were arrested last week after they were caught smuggling items into state facilities.