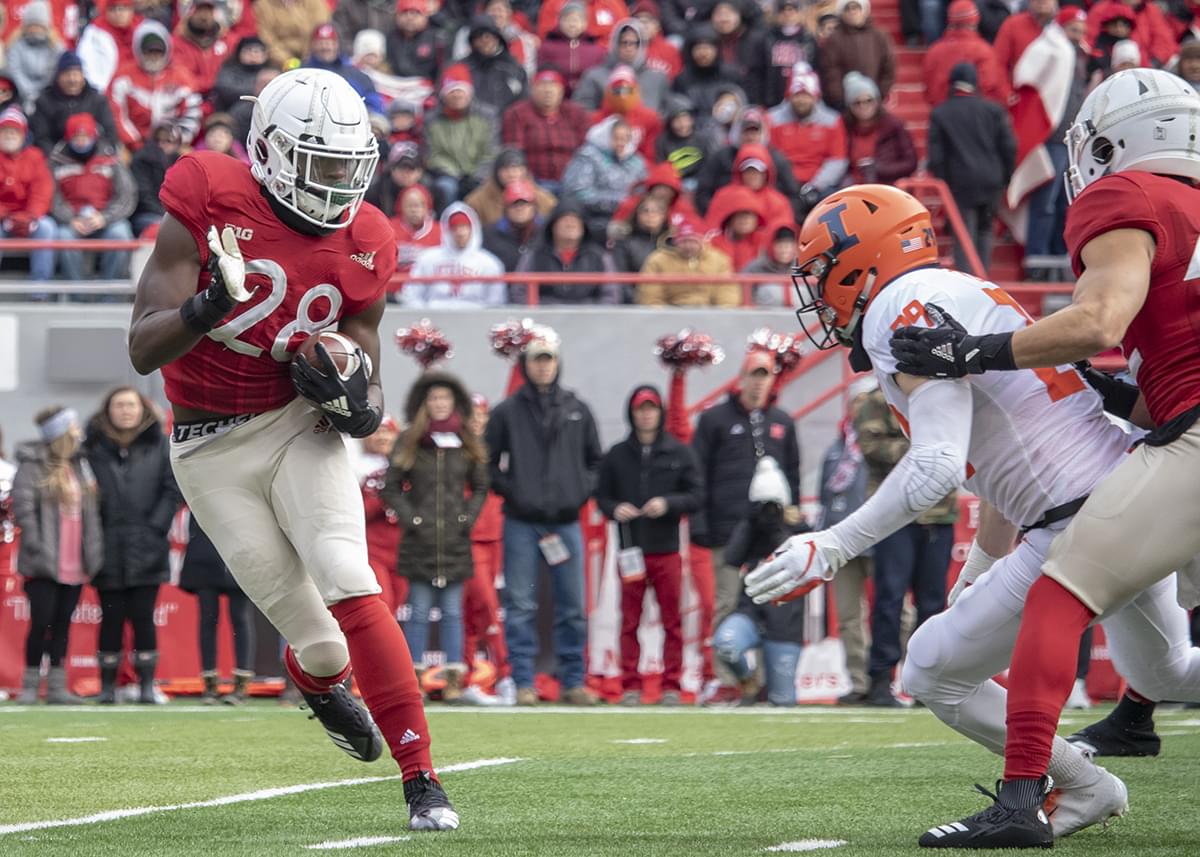 John Ball, who is representing Husker running back Maurice Washington, told Channel 8 Eyewitness News that arrangements are in progress for Washington to voluntarily return to California.

“This will be a self-surrender,” Ball said in an email. “Not an arrest.”

Officials in California say they have have requested an arrest warrant for Washington.
University of Nebraska’s Athletic Director Bill Moos said on his radio show Tuesday night, “We want to make sure Maurice is cooperating- which he is. We also want to make sure he knows he has a great deal of support.”

The video allegedly shows the sexual assault of the woman, though officials said Washington did not take part in the alleged assault.

A spokesman for the Santa Clara County District Attorney’s office said Monday night that an arrest warrant had been requested, but said a judge had not signed off on it at that time.

Ball said the logistics of Washington’s return are still being worked out.
He also said the timeline of the case going forward is unclear.
“It really depends on how we resolve the case,” he said. “For example, a jury trial is the slowest, longest path, but other possible dispositions, such as a plea agreement or diversion or some other alternative disposition could be much faster.”

NU athletics released released a statement Monday afternoon, saying they had been contacted about the case but did not know specific details.

“Last fall we were contacted by the Nebraska Attorney General’s office and the University of Nebraska-Lincoln police department and made aware that officials in California were interested in interviewing Maurice Washington about a prior incident,” the statement said.

“Details were not shared and there was no additional follow up with the Nebraska Athletic Department. Recently, we were made aware that charges may be filed against Maurice in California. We have not had a chance to review the charges, and will continue to monitor this ongoing legal process.”

The University of Nebraska-Lincoln released another statement regarding the case Tuesday afternoon.
“The Nebraska Attorney General’s Office contacted University Police requesting a point of contact in Athletics to contact a football player. The contact information for Athletics and the Attorney General’s office were provided to each. The nature of the inquiry was not known at the time,” a university spokeswoman said.
A spokeswoman for the Nebraska Attorney General’s Office, Suzanne Gage, told Channel 8 Eyewitness News that the Santa Clara County Sheriff’s Department reached out asking if they could help them get in contact with the NU athletic department and Washington.

The request, which was made to the AG’s office in August, centered around getting contact information for Washington, and did not provide specific details as to why authorities wanted to contact him, Gage said.

Ball, released a statement to Channel 8 Eyewitness News on Monday after the allegations against Washington became public.

“This is a situation involving an inappropriate cell phone video,” Ball said in the statement. “The allegations are that Mr. Washington sent that video to his high school girlfriend. Mr. Washington did not make the video, nor does he appear in the video. The incident is alleged to have taken place in California, several years ago.”

Ball said Washington will continue to be “fully cooperative” with authorities.

“We are in contact with those authorities,” his statement continued. “And are in the process of making arrangements to move forward and resolve this matter.”

Ball also said Washington has confidence in the justice system, and knows he can “rely on the fundamental constitutional rights of due process” and the “presumption of innocence.”

Ball would later release a statement Monday night, reassuring Washington had nothing to do with the video or the sexual assault.
“The narrative put forth today is that Mr. Washington used a video as a weapon to re-victimize his former high school girlfriend,” Ball said.
“That is not true. Without a doubt, Mr. Washington had absolutely nothing to do with that sexual assault.
“The communications between these two young people are yet to be fully determined, and there are additional facts and circumstances that give context and perspective to this situation.”