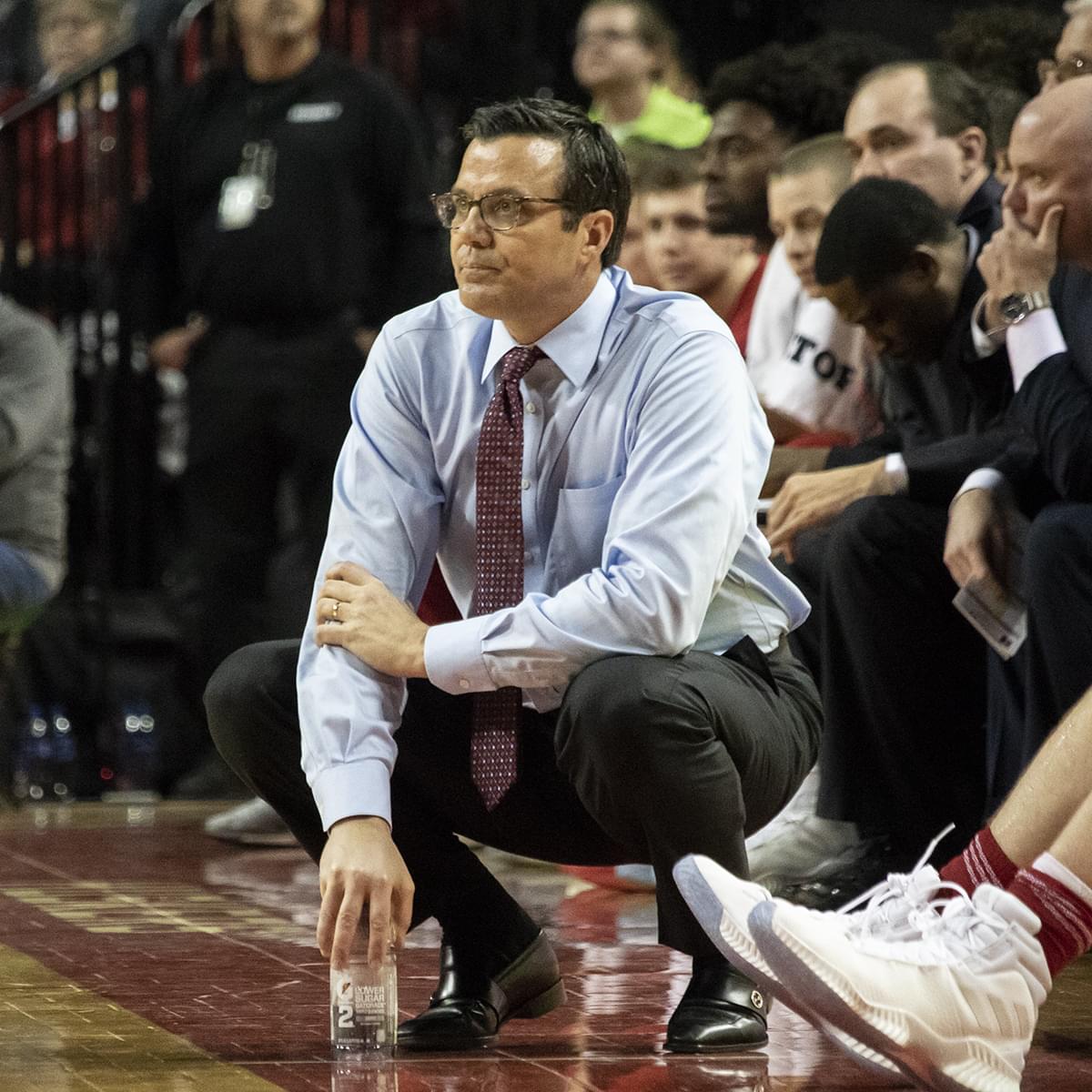 Tim Miles’ fate seemed to be sealed after Maryland thumped the Huskers on their own home court, handing Nebraska their sixth straight loss last Wednesday.

It was a contentious environment that night. A Husker fan was ejected for shouting obscenities at Miles. Miles himself was handed a technical after Terrapin’s forward Bruno Fernando sent Nebraska’s Tanner Borchardt to the floor on his way to the rim for a powerful dunk, stepping over the sprawled out senior in the ultimate sign of disrespect.

“I hope and pray to God that this is rock bottom,” Miles said after the game.

Nebraska was unable to bounce back in their next game either, which was played a few days later, falling to the Purdue Boilermakers 81-62 in a boisterous Mackey Arena.

Miles appeared to be a dead man walking, but comments NU Athletic Director Bill Moos made on his monthly Director of Athletics show on Sports Nightly (which airs every weeknight from 6-9 PM on KLIN) on Tuesday could have reversed that narrative.

“I did have the opportunity to go visit with him (Miles) and the staff last week and we had a real nice talk,” Moos said. “I wanted to get a feel for what their thoughts were and it was very helpful. I wanted to encourage them, embrace them, and support them.”

Although the meeting took place before the Maryland and Purdue losses, retaining Miles in the offseason is not off the table, he revealed to the Omaha World-Herald. If the Huskers can string some wins together and make a run in the Big 10 Tournament in Chicago, Miles may not be going anywhere.

A win against Minnesota Wednesday night will be vital. In their last meeting against the Gophers back on December 5th in Williams Arena, the Huskers were handed a defeat after leading the game 67-56 in the second.

The Gophers proceeded to outscore Nebraska 29-11 from then on, securing an 85-78 win. The Huskers had no answer for Minnesota’s Amir Coffey, who scored 32 points.

However, the Gophers are currently on a three game losing streak. Away from home, they’re only 1-6, but that doesn’t mean they won’t pose their fair share of problems for Miles’ squad.

“They’re a tough matchup for us,” Miles said. “Why? They draw fouls. We don’t have great depth and we’re minus Nana Akenten. He’s been out sick the past two days.”

Miles said that though he has played individuals who have missed practice before; Akenten is still questionable to play tonight. In his stead, Amir Harris, who also had his own issues with illness this season, could see more floor time than usual.

Additionally, Miles said that he liked what he saw from Tom Allen against Purdue (he scored a career high 18 points in that game on Saturday) and that he will go to “Thor (Thorir Thorbjarnarson) will be a great spark off the bench.”

The thing that the team is missing pure and simple is confidence. Without a win in their last seven games, Nebraska is squarely in do or die time now. “I think you still need one on the win column,” Miles said. “I don’t think there’s any other way to say it.”