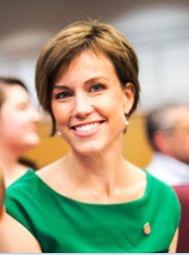 Lincoln is doubling down on its year-round effort to fill potholes as quickly and efficiently as possible.

Mayor Leirion Gaylor Baird says so far the city has used 235,000 pounds of filling material …enough to complete 5,500 repairs. Lincolnites are asked to help by letting them know where they see potholes.

Lincoln residents are urged to help the city in its efforts by reporting potholes they encounter as they travel around the city.

Potholes and other non-emergency street problems can be reported in three ways: