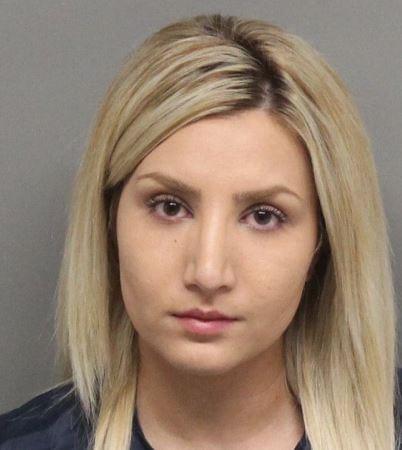 The Lincoln Police Department reports that 31-year-old Sanaa Osman, of Lincoln, was arrested Monday for Tampering with Physical Evidence following the investigation into the homicide of 15-year-old Ali Al-Burkat.

The Lincoln Police Department’s full statement is available below:

Arrest for Tampering with Evidence in Ali Al-Burkat Homicide

On June 29th, 2020, the Lincoln Police Department Criminal Investigations Unit arrested 31-year-old Sanaa Osman of Lincoln for Tampering with Physical Evidence following the investigation into the homicide of 15-year-old Ali Al-Burkat. Our agency is keeping Ali Al-Burkat’s family and friends in our thoughts during this difficult time.

We ask that the public respect the family’s privacy as they continue to grieve his death.

On September 29th, 2019, at 10:04 p.m., Lincoln police officers were called to the area of North 7th Street and Fletcher Avenue on the report of gunshots. As officers responded to the area, the 911 Emergency Communications Center received additional information that a male had been shot and was in need of medical assistance

. Officers were directed to the business parking lot at 1404 Superior Street and began CPR. Al-Burkat was transported to a local hospital where he was pronounced deceased.

Investigators determined that Al-Burkat was shot while in the 5500 block of North 7th Street.

Investigators developed Majdal Elias as a suspect based on forensic, digital, and video evidence. On February 26th, 2020, Elias was arrested for Second Degree Murder.

Investigators obtained information indicating Elias sent a letter to a female acquaintance in Omaha containing a hand drawn map that illustrated where he had discarded the gun used in the homicide.

The acquaintance contacted a relative of Elias, Sanaa Osman, who drove to Omaha to retrieve the letter from her. Forensic digital evidence showed that Osman drove the path indicated on the map after returning to Lincoln. Investigators interviewed Osman who denied any knowledge of the map or the location of the gun.

Evidence indicated that Osman had possession of the map, which is evidence in the homicide investigation.

On June 29th 2020, at approximately 12:23 p.m., Osman turned herself in at the Lancaster County jail on an outstanding arrest warrant for Tampering with Physical Evidence.

This investigation is ongoing and anyone with information is encouraged to call Lincoln Police at 402-441-6000 or Lincoln Crimestoppers at 402-475-3600.