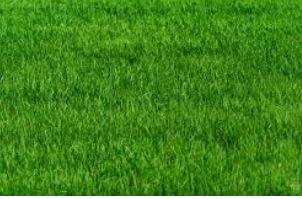 USDA and Farm Service Agency today announced the acceptance of more than 1.2 million acres in the Conservation Reserve Program Grasslands during the recent signup period that began March 16 and ended May 15. The number of acres offered during this signup period was 1.9 million acres, over 3 times the number offered during the last signup period in 2016. In Nebraska, 298,890 acres were accepted into the program.
Through CRP Grasslands, farmers and ranchers can protect grasslands, rangelands, and pastures while retaining the right to conduct common grazing practices, produce hay and do other management practices on the enrolled land. The timing of some activities may be restricted by the primary nesting season of birds.
“This large and unprecedented national enrollment is a reflection of the popularity and importance of CRP Grasslands,” said Nebraska FSA State Executive Director Nancy Johner. “The program emphasizes support for grazing operations and plant and animal biodiversity, while protecting land under the greatest threat of conversion or development.”
Participants will receive an annual rental payment. The duration of the CRP contract is 10 or 15 years. FSA ranked offers using a number of factors, including the existence of expiring CRP land, threat of conversion or development, existing grassland, and predominance of native species cover and cost.
The 2018 Farm Bill set aside not fewer than 2 million acres for CRP Grassland enrollment.
On Oct. 1, 2020, grassland enrollment is expected to be 2.1 million acres. CRP is one of the largest conservation programs at USDA. CRP marks its 35-year anniversary in 2020 with 21.9 million acres currently enrolled.
Copyright © 2021 by NRG Media. Internet Development by Frankly Media.