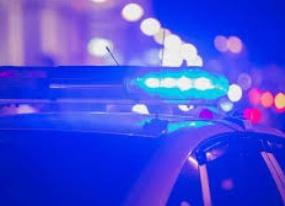 Lincoln was more like the wild west after responding to six reports of gunfire over the weekend.

On July 31st just before midnight, officers were called to 30th and Vine after a receiving a report of several people fighting and shots fired in the area.  Police report seeing about 30 to 50 people in the street fighting.  gun shots were heard by some neighbors and officers found shell casings.

About a half hour later on August 1st at 12:30 a.m., police were called to a few blocks away after residents heard gunshots. Police saw several vehicles taking off from the area at a high rate of speed.  Several shell casings were found in the street but there was no damage to property.

On August 2nd at 2 a.m., police were called to 13th and O Street after receiving a report of a fight.  Officers arrived and heard shots fired to the east and saw several vehicle sin the area with bullet holes in them.  Police did a traffic stop on one of the vehicles and to men inside said they were driving on Centennial Mall and there was a group gathered in the street.  The victim says he revved his engine and a man in the group pulled out a gun and fired several shots.  They fled the area in fear.  Police found a number of shell casings in the street and several parked vehicles damaged by gunfire.

On August 1st and 1 p.m., officers were called to a home near 45th and Randolph for vandalism.  The victim told police that his Corvette parked in a garage had a broken rear window.  An officer located a bullet hole through the garage that struck a crow bar hanging on the wall.  The crowbar had bullet fragments that caused damage to the vehicle totaling $3,250.  While in the area, officers spoke to a neighbor.  He reported there was a gathering at his home the night before and he allowed a friend to hold an AR-10 308 caliber rifle.  When the friend was holding the gun, it went off and a bullet went through the wall.  That 33 year old man was cited for discharge of a firearm in the city limits.

On August 2nd, police were called to 18th and J Street for another report of gunfire.  The caller heard several shots and a vehicle speeding away.  Other neighbors in the area reported hearing the same thing.  Officers did not find any damage.

On August 3rd, officers were called to 2nd and D at 1 a.m. after more gunshots were fired.  A 21 year old man told police his house had been shot at.  Two windows had been broken.  There were six people inside at the time, including three children ages one to 16.  Officers searched the area for evidence.

No injuries in any of the six shootings were reported   Police continue to talk to witnesses and investigations are ongoing.