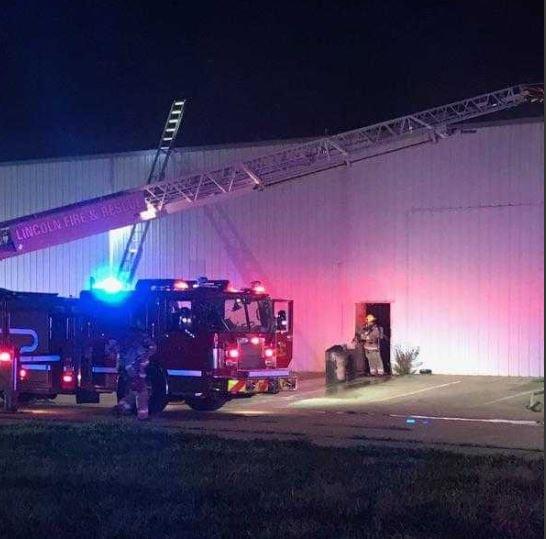 Crews saw smoke and flames coming from the roof.  They used an aerial ladder and found fire around an exhaust pipe.  Crews also found an industrial oven on the interior of the building that had materials on fire inside.  Those items were removed and extinguished.

The overhead doors of the building were open and fans were used to get rid of the smoke.

The cause of the fire is under investigation.  Damage is estimated at $25,000.