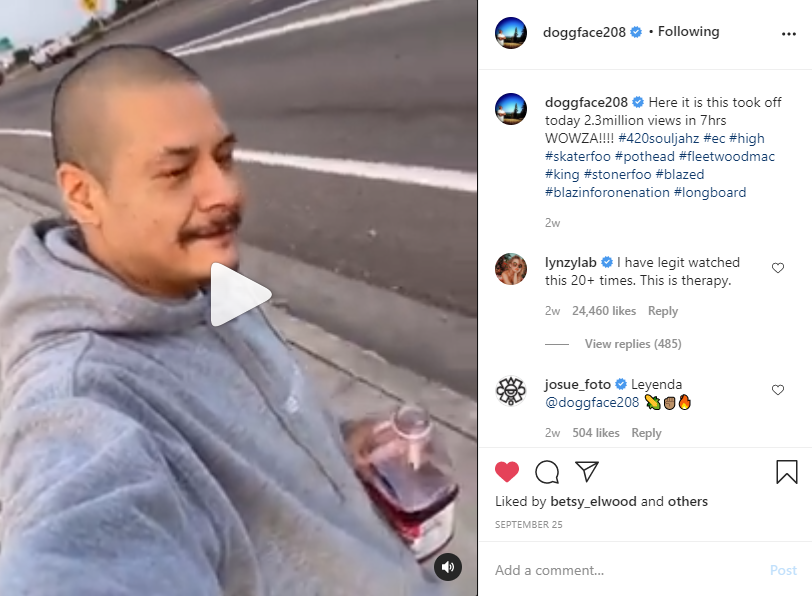 @doggface208 posted a video on TikTok that went viral with more than 2.3M views in 7 hours! People love it because it’s just a guy riding his skateboard, singing along to Fleetwood Mac “Dreams” and enjoying some Ocean Spray Cran-Rasperry juice.

his video became viral ever since to the point where Ocean Spray surprised him with a brand new truck and a bunch of Ocean Spray juice as well as donations from his fans. He said he will give half of his money to his mom and the other half will go towards a down payment for a new house since he lives in a RV right now.