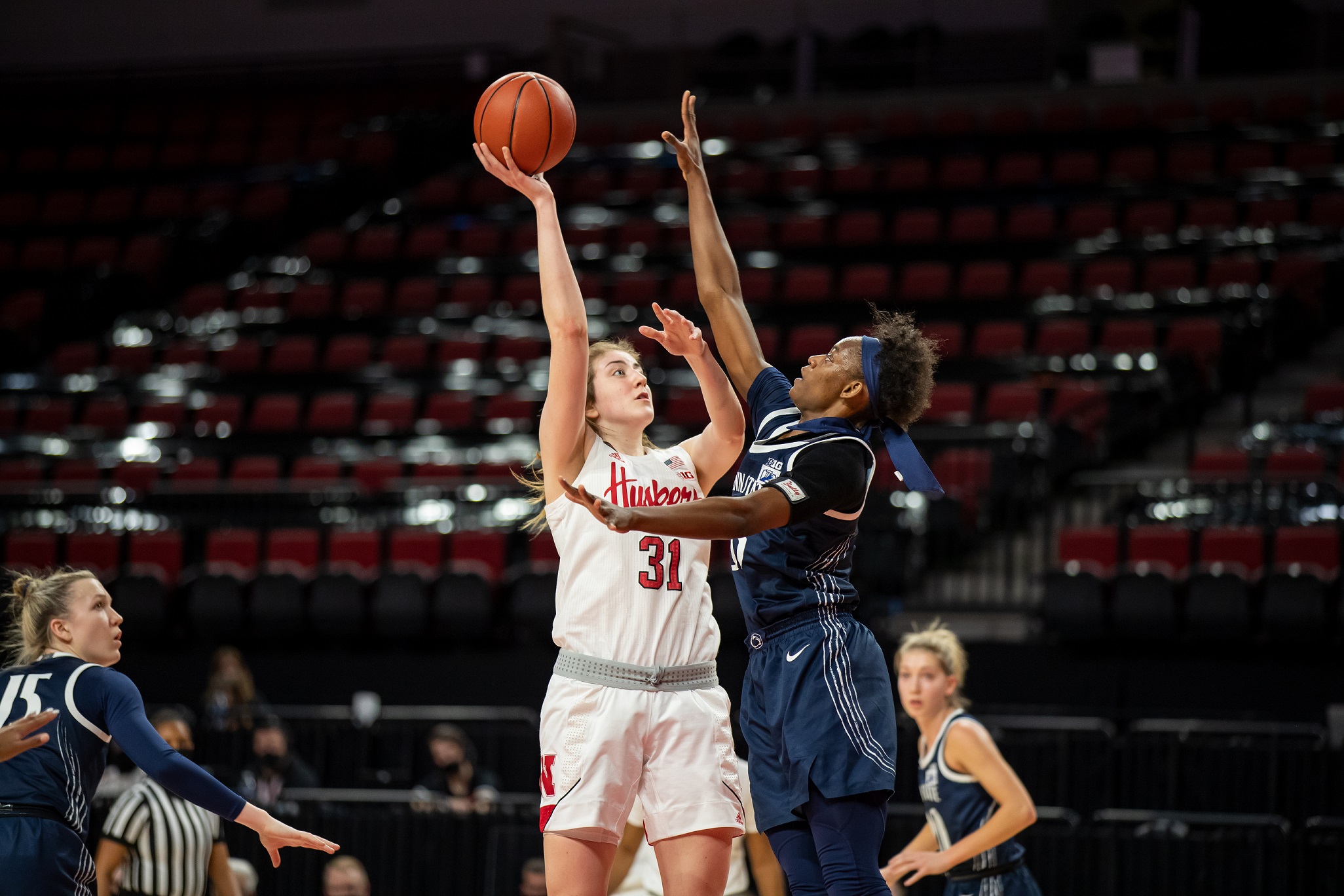 Senior Kate Cain will forego an extra season of eligibility granted by the NCAA to instead pursue her dream of a professional career. Cain recently declared for the upcoming WNBA Draft (April 15). The WNBA consists of 12 teams with 36 total picks over three rounds on draft day. If Cain isn’t selected, she also has overseas potential.

“I got to go head-to-head with some of the best players in the nation on a nightly basis in the Big Ten Conference and play in the NCAA Tournament,” Cain said. “I got to play in front of the greatest fans in college sports at Pinnacle Bank Arena.”

Cain also finishes her career eighth all-time at Nebraska in rebounding (780 rebounds) while scoring 1,085 points. She finished in the top 10 in school history for career starts, including a 117 game stretch of starting consecutive games.

A three-time candidate for the Lisa Leslie Award and one of 15 candidates for the Naismith Defensive Player-of-the-Year award in 2021, Cain earned three Big Ten All-Defensive Team selections.

Nebraska Coach Amy Williams she and the Husker program are excited to support Cain as a professional.

“We are so proud of Kate and all she has accomplished at Nebraska,” Williams said. “We are excited to watch her pursue her dreams of professional basketball. She has our full support and we will be cheering for her success in the future.”

Away from the court, Cain earned her bachelor’s degree in management in just three years on campus.

“It has been an incredible experience,” Cain said of her time in Lincoln. “I am now looking forward to pursuing my dream of professional basketball. I know it will not be easy, and I know there are no guarantees, but I know I am willing to put in the work, and I have a great support system behind me both with my family and at Nebraska.”