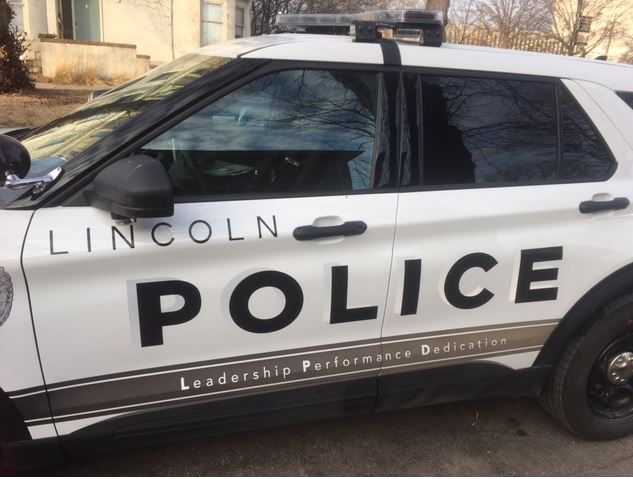 Lincoln Police were called to a home at 39th and Village Court around 8 p.m. Tuesday, April 6th after receiving a call about a family disturbance.  Officers saw through a window that a man was pushing a woman in the kitchen.  The person who answered the door would not allow the officers inside.  Officers again saw the man shove the woman and they forced their way inside.

As the officers approached the man, he charged at the officer and grabbed him.  They fell to the ground and  that led to a long struggle.  Meanwhile, the woman started punching the other officer in the head and tried to pull her away.  The officer told the woman to stop interfering and to get back.  The woman then kicked at the officer before running away.

37 year old Derek Mueller was eventually taken into custody.  As he was walking to the cruiser he kicked at officers.  That led to other officers arriving to help get him inside the vehicle.

Police then interviewed family members  who said  that Derek had become intoxicated at a family gathering and things were escalating to a physical confrontation and that is when police were called.

During the struggle with Linda Mueller, she removed the officer’s radio and damaged her body camera.  After her son was taken into custody, officers found her hiding in a closet.  Linda Mueller was booked for assault on a police officer and obstructing a police officer.